The Bond That Is Helping Local Women Stride Toward Sobriety 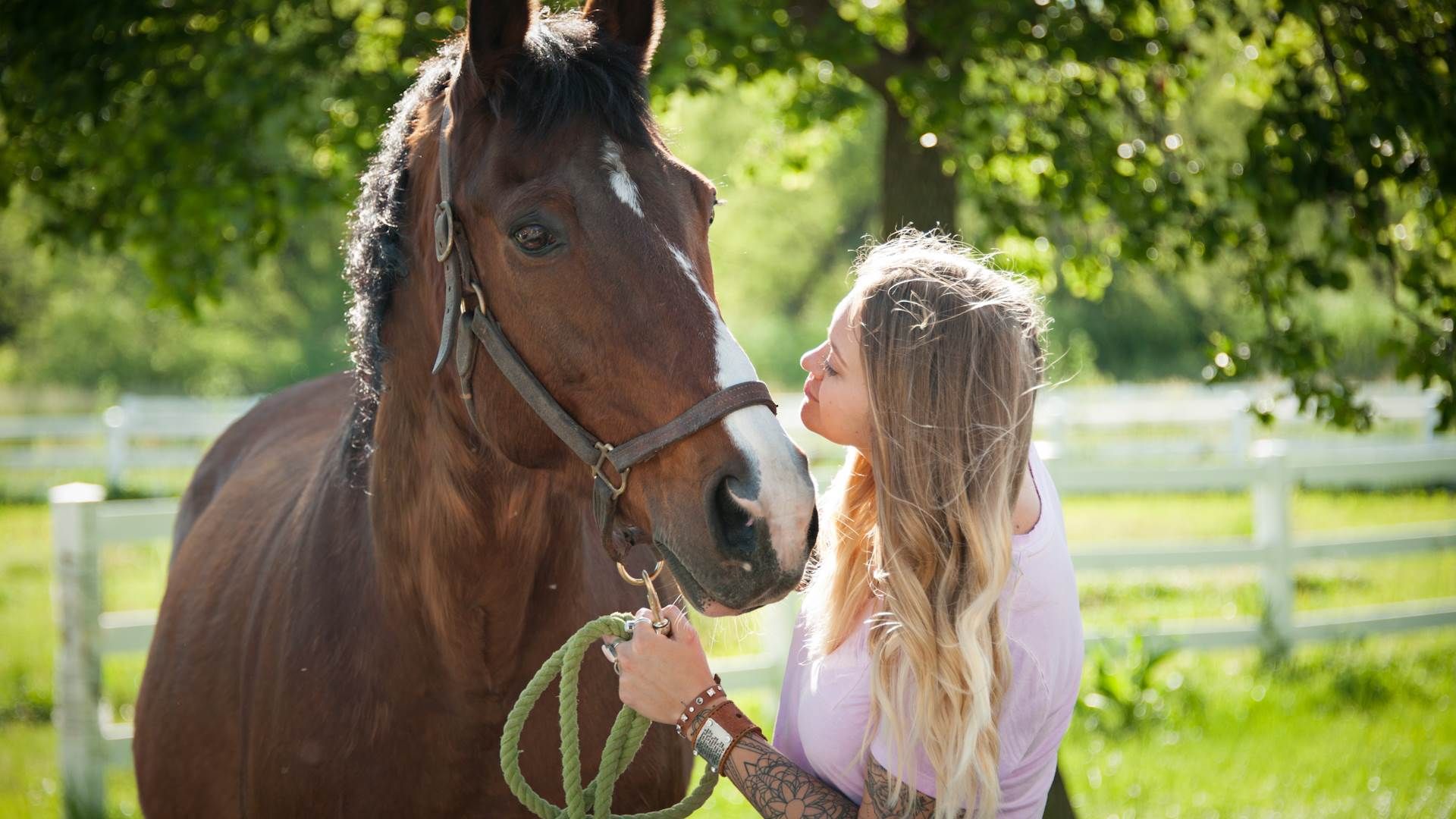 He was stand-offish and stubborn. The only thing he wanted more than getting his way was being left alone. And he outweighed her by more than a thousand pounds. But the horse she came to call Boss and O’Neill, Nebraska, native Cari Johnson had something in common. They were both addicts. Her drugs of choice were alcohol and opioids. His was cribbing, a behavior that involves the horse repeatedly grasping a solid object such as a fence rail and arching its neck to draw in air. When the two met, they realized that beating addiction would be a cross-species effort.

As an aspiring fashion merchandiser, horse stables were never in Cari’s vision of the future. Then again, neither were addiction, relapse, and eventually losing her eight year old son to Child Protective Services. She had managed stretches of productive sobriety, but a lasting solution eluded the college graduate. There were times where she would agree to treatment only to pass out or overdose on the way there.

“I prayed for God to make me willing to do whatever I had to do to stay sober,” Cari told the audience at CHE’s 2016 Annual Meeting. “It’s hard to admit, but knowing I have a child to care for doesn’t keep me sober. It is a spiritual solution. I have to believe in a higher power.”

Cari finally had her breakthrough at St. Monica's Behavioral Health Services for Women in Lincoln. St. Monica’s focuses on empowering women with substance use disorder or existing mental illnesses to make positive changes in their own lives. In 2015, CHE funded a pilot partnership between St. Monica's and Take Flight Farms to test equine-assisted psychotherapy (EAP) as part of substance use disorder treatment. Cari was one of the first of St. Monica's women to experience EAP.

EAP is not a riding program. Designed to parallel the road to sobriety, women succeed in the program through practice, patience, and mental endurance. It requires participants to cooperate with their assigned horses on various challenges aimed at sharpening the skills and strengths needed to overcome addiction.

One challenge requires that women write their personal addiction triggers on note cards and stick them to buckets full of horse treats. Then, these buckets are scattered throughout an obstacle course which the women helped design. The goal is to guide their hooved companion through the course without the beast detouring for treats. Finishing the course symbolizes not getting "triggered" into addiction.

In another activity, the women were asked to write their most difficult emotions on the sides of the horses using chalk. Prior to the start, one woman claimed to identify most with a particular spotted horse. After writing “depression,” on a brown horse, she attempted to write a new word on the spotted horse. The spotted horse refused, walking away several times. Asked later by session leaders what word the woman was trying to write, she hesitated and said, “Suicide.” The woman was moved by the powerful significance of the activity: her favorite horse wouldn’t let her write that word.

These activities aren’t designed merely to be clever or appealing to the heart; they work.

“I think the most powerful part for me was watching the women let their guard down,” said Laura Kersten, one of the project’s therapists. “The horses seemed big and powerful at first, but most of the women came to a place of peace in the barn and when they dropped their guard, true therapy could happen.”

According to Kersten, that true therapy occurs between the woman and the horse. Her job as a therapist, then, is to interpret those interactions in a way that is meaningful for each woman.

The measurable success of the Take Flight Farms partnership led St. Monica’s to apply for another CHE grant. In an effort to be more self-sufficient, St. Monica’s sought and was awarded funds to train equine-assisted psychotherapists of their own.

As for Cari, sobriety means breaking ground on her dream of opening a boutique. Boss’s role in her life will always be cherished, and it’s likely that Cari’s presence in his won’t be forgotten either.

“I just sat down, and Boss came to eat grass by me,” said Cari, recalling one memorable outdoor EAP session. “The horse specialist said, ‘He is letting you know you’re part of his herd, his tribe. Horses don’t normally do that.’"